Amidst a sea of uncertainty, the Royal New Zealand Yacht Squadron says preparations are still on track for the 36th America’s Cup.

The race is on for teams to be ready for the next America’s Cup in 2021, with less than a year to go until the world’s most prestigious regatta kicks off.

The America’s Cup is now operating in the shadow of the COVID-19 pandemic and early on, it became apparent that the America’s Cup World Series events in Cagliari and Portsmouth would have to be cancelled.

In a parallel world, the Cagliari event would be happening now on Mediterranean waters. The series presented the first opportunity for the America’s Cup teams to test themselves against the competition on their first-generation AC75s.

Home of the America’s Cup in 2021, the Royal New Zealand Yacht Squadron sees the 36th America’s Cup as a light at the end of the tunnel and are forging ahead with regatta preparations, including the lead-in races.

Next year, the Royal New Zealand Yacht Squadron will reach a major milestone – turning 150 years old. To celebrate, the club will host an array of events both on and off the water. 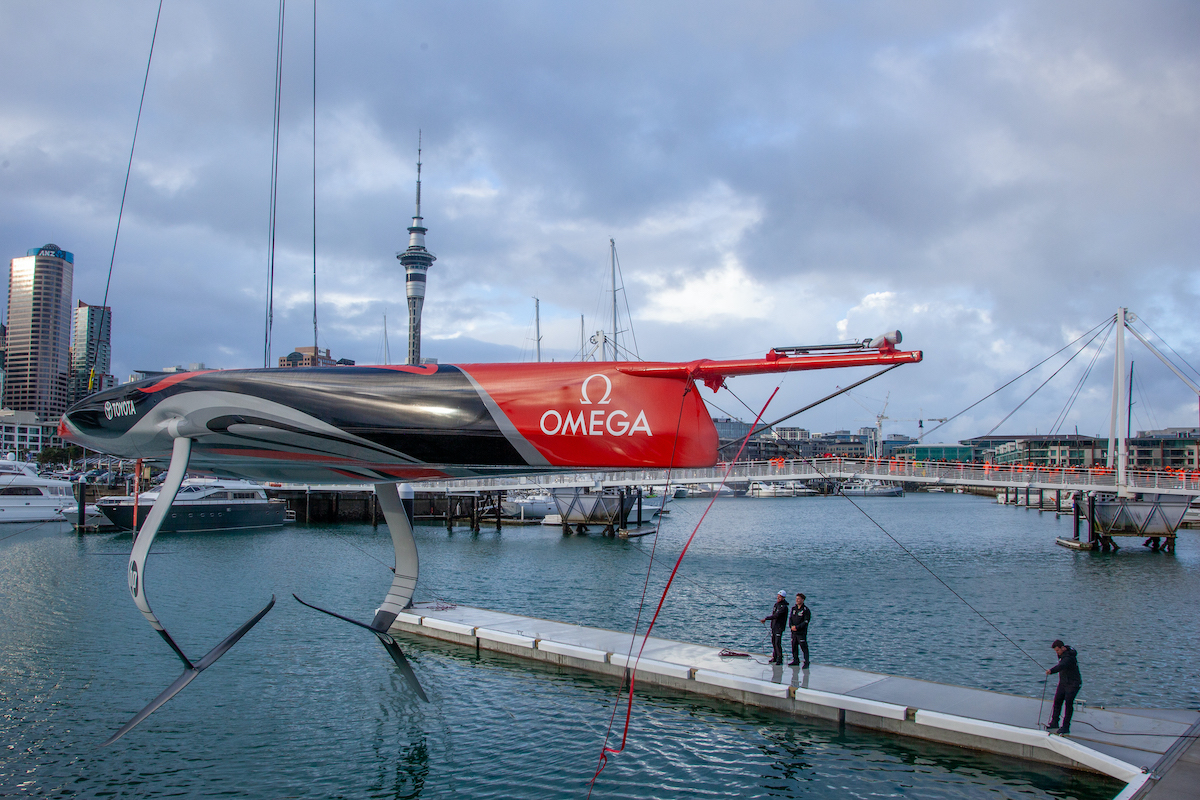 “At this stage, it’s all on for 2021 with the Prada Cup Challengers Series and the America’s Cup. There are no plans as yet to delay or move them. We have looked into options, and they are still being discussed, but our priority is to move ahead with Plan A.

“We are, along with the rest of the world, looking forward to the 36th America’s Cup.”

Young says that club events planned for 2020 are their chief concern: “We had a Youth America’s Cup event planned in China for later in the year. That is now in jeopardy, given the conditions, and looks unlikely to go ahead.”

To try and hold an event planned for six months from now, the risks are significant. Not to mention the logistics and coordination of travel plans, as well as time constraints when it comes to boat building and testing.

“Obviously, there are situations beyond our control with regards to travel and border regulations, and we have had discussions with the appropriate authorities.

“We have effectively lost six to seven weeks due to the country-wide shutdown. This affects not just boat building, but other things like volunteer training.”

“The irony is, we have seen an increase in enquiries during this period. However, it is proving tough right now to guide visitors on what the rules are with so many restrictions,” notes Young.

“Unfortunately, we have had some cancellations too, simply because people have to plan months in advance in order to get here.”

With New Zealand set to move to level-3 restrictions, operational capacity will continue to be reduced.

“Superyacht visitation is a key component of our program of events – and is a key source of revenue that the city and country will benefit from.” 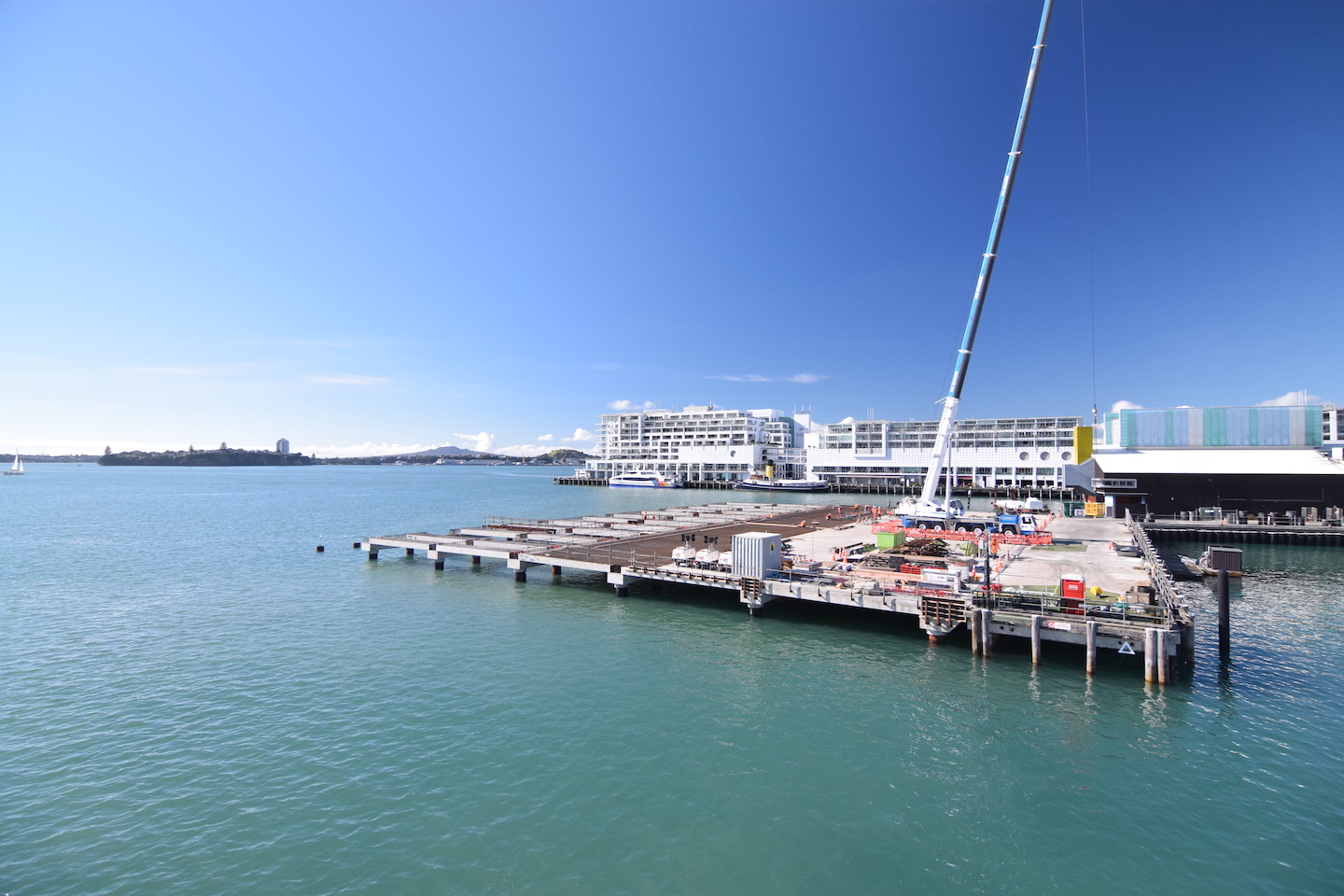 “The government is well aware of the events and want them to happen, but their priority is making the country a safe place.”

Amidst the COVID-19 pandemic, teams are faced with ever-changing circumstances and plans are in a state of flux in relation to training and transportation.

The America’s Cup World Series would have helped confirm for teams whether they were on the right path with their AC75 design, with some having to consider a change of tack.

These preparations are now in disarray, and December is looking like the next opportunity for teams to line up against each other.

American Magic’s Skipper Terry Hutchinson acknowledged recently, “We missed the opportunity to see where we are vulnerable by not being able to race in Cagliari or Portsmouth. It’s going to require us to lean that much harder on the design side of the program.”

The enforced national lockdown has sparked an impromptu technical innovation between Emirates Team New Zealand and Igtimi, a GPS tracking data company based in Dunedin, to create personal separation and contact tracing tags.

“It was obvious to us that monitoring social distancing would be both difficult and distracting for the team to be constantly judging their distance by eye all day long.” Says Emirates Team New Zealand CEO Grant Dalton.

Igtimi developed an Ultra Wide Band positioning system of personal tags that accurately measure the distance between people. The tags are programmed to react by flashing, beeping and vibrating when a pre-programmed perimetre is intersected. The interactions between the two tags (or people) are then logged for contact tracing purposes.

“We have basically come up with a cost-effective technical solution to keep the Emirates Team New Zealand crew separated in their own bubbles in their work environment, and recording any contact between them for traceability and accountability,” explains Brent Russell from Igtimi.