To start on Sydney Harbour at 1pm on 30 January 2021, the inaugural Sydney to Auckland Ocean Race 2021, organised by the Royal Prince Alfred Yacht Club (RPAYC) in NSW in association with the Royal New Zealand Yacht Squadron (RNZYS), is already gaining momentum with over 100 Expressions of Interest received. 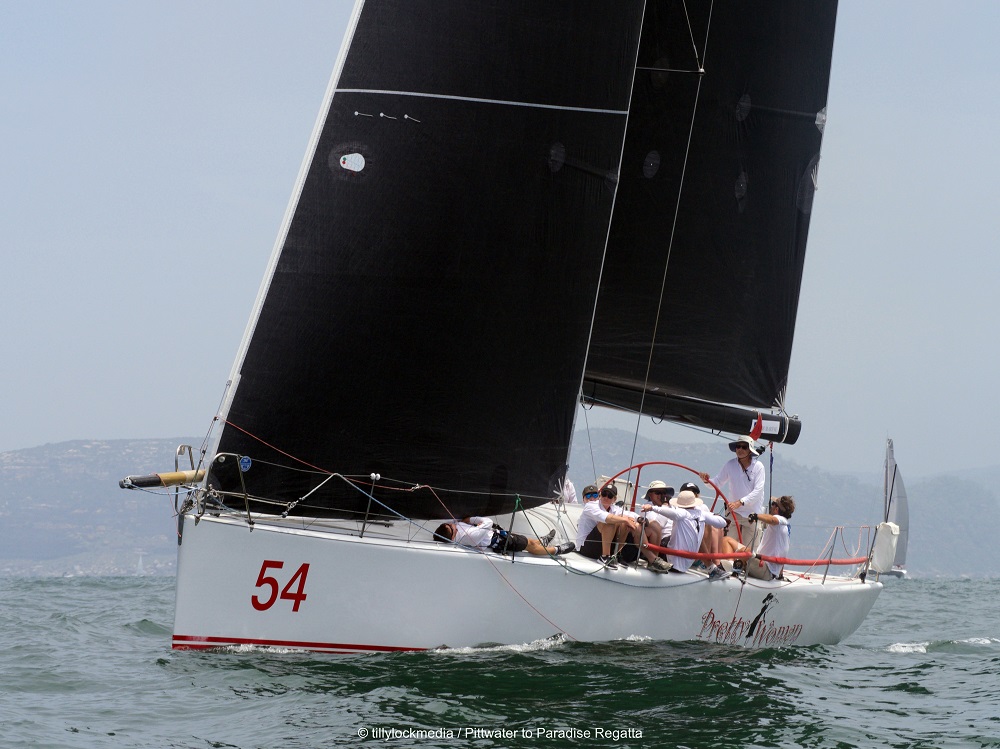 The race will be the centrepiece of a summer of major yachting events in Australia and New Zealand, starting with the Rolex Sydney Hobart Yacht Race on 26 December, and finishing in Auckland Harbour in time for RNZYS’s 150th Anniversary celebrations (for full details and visit: www.rnzys.org.nz)  and the 36th America’s Cup.

Sporting rivalry between Australia and our friends across the paddock is well-documented, making this an enticing opportunity for sailors in both countries, and from outside, to take part. Foreign entities have already shown interest, lured by the whole package. And for international parties wishing to take part, RPAYC is talking to Sevenstar Yacht Transport to provide shipping at the best possible rates.

“It is an exciting time in yachting. The Sydney to Auckland Ocean Race 2021 will be a special race in itself, but careful consideration also went into the timing of our race. It’s placement on the sailing calendar offers the keen yachtie plenty of options before and after the race,” RPAYC spokesperson, Rob McClelland said.

“Down the track, we will also have further exciting news to share with prospective entrants in relation to the race,” ended McClelland, not wanting to give too much away at this early stage.

A Category 1 race of 1250 nautical miles, the Sydney to Auckland Ocean Race 2021 is open to offshore racing yachts, inclusive of a double-handed division (IRC, ORCi and PHS categories) superyachts, ocean racing multihulls (OMR rated)and incorporates a rally for cruisers. The race also provides cruising opportunities in New Zealand, the Pacific and to home ports before and after.

“The Club has been a pioneer in NSW in including and encouraging multihulls and double-handed entries into our offshore races, in particular our major events such as the Pittwater to Coffs Harbour Yacht Race and the Pittwater to Paradise Regatta,” McClelland commented.

Among the early entries for the race, which finishes off RNZYS at Westhaven Marina where crowds will be gathered to welcome boats in, are RPAYC members Richard Hudson and Ian Edwards.

Hudson owns the modified IC45, Pretty Woman, and Edwards the Dehler 46, of Wings. The pair is well-travelled, regularly competing in races and regattas around the country and overseas.They have thrown down the gauntlet to others, as both already have entered in the 75th Sydney Hobart and plan to take full advantage of all that is on offer.

Ken Gourlay, the first Tasmanian and fastest and oldest Australian to sail around the world single-handed,has entered with his son Tristan, who last year competed in the Melbourne Osaka Double-Handed Yacht Race. They should make a formidable team with their Pogo 40, Green.

In the lead-up to the Sydney to Auckland Ocean Race 2021, the RPAYC will run courses and seminars on rating for Category 1 races, Australian Sailing Safety and Sea Survival, Marine Radio Operator, Senior First Aid and others, to be announced in due course.

For all details, including entry and Notice of Race for the inaugural Sydney to Auckland Ocean Race 2021, go to the officialrace website: www.sydneytoauckland.com