As we embarked on our journey, we left Sydney bright and early on Thursday the 19th of June, we both had mixed feeling of Ambition and excitement. We carry our 2.5m long Sailing tube up to the check in desk which held 2 sets of sails, a tiller extension and hiking straps and had a couple of quick photos and said our goodbyes. The first regatta on the tour was the 29er Europeans in Kiel, Germany.

The 29er Europeans was the biggest regatta on the tour and was very exciting, Europeans were conjoined with the iconic Kieler Woche which is an amazing venue from the Audi stage to the Crepes. When we arrived we got our boat which was a new charter that has been cured for 12 months, so nice and stiff. We spend the next 2 days changing, modifying and replacing the hard-ware and ropes on our boat to replicate and make it as close to the boat we sail at home, for these 2 days the weather was wet and windy.

Over the past 6 months, through tireless hours of training and preparation the opportunity was given to us, Chelsea Connor and Georgia Tuckey. For the chance to compete in the 2014 open 29er World Championships, in Kingston, Canada, on the freshwater lake of Ontario.

The thought of competing on an international stage appeals to many sporty teenagers across the globe as the experience that is gained is often described to change competitor’s perspectives.
When we both had received the opportunity to sail in a large fleet, which we don’t get here in Australia.

We decided that the idea to experience lessons learned and to have the opportunity to race against sailors from all over the globe and sail in very different conditions from what we are used to here on Pittwater.
Freshwater sailing proving very different from our local saltwater.

Yachting Australia has recently issued Safety Information Notice (SIN) 3 relating to Distress Beacons. This Safety Information Notice explains some of the lesser known peculiarities related to distress beacons and is based on information provided by the Australian Maritime Safety Authority. Distress beacons now form a very valuable component of boat safety. Their usefulness has been proved on many occasions to alert authorities to people in distress and assist in locating them. The beacons are sophisticated devices and users should be aware of some important aspects of their operation.

You can view SIN 3 - Distress Beacons on the Yachting Australia Website. 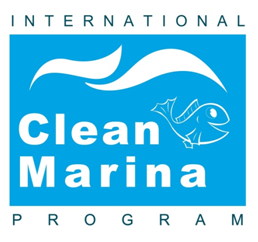 Three marinas in Sydney’s north have been awarded ‘Fish Friendly’ accreditation by The Hon. Rob Stokes, Member for Pittwater and NSW Minister for the Environment.
The presentation was held at The Quays Marina, Church Point which together with the Royal Prince Alfred Yacht Club (RPAYC), Newport and Empire Marina Bobbin Head, located in the Ku-ring-gai National Park was recognised with the accreditation.
Fish Friendly accreditation is an information campaign and accreditation system focusing on marina fish habits and developed by the Department of Primary Industries (DPI) in collaboration with the Marina Industries Association (MIA) and the NSW Boating Industry Association (BIA).
The initiative is attached to MIA’s International Clean Marinas Program and is available to marinas across the Asia Pacific region. Additional fish friendly criteria and an audit are requirements to achieve Fish Friendly Marina accreditation. There are now 11 marinas recognised as ‘Fish Friendly’ in Australia with several more in the process of accreditation at present. The initiative has received positive support from numerous government departments and authorities across Australia.

The Royal Prince Alfred Yacht Club at Newport on Sydney’s Northern Beaches is excited to announce a new format for its iconic opening event of the 2015 Australian offshore yachting calendar.

The club is offering owners of eligible boats a new trimmed down race program focusing on the 226nm Category 2 Club Marine Pittwater to Coffs Harbour Yacht Race starting on Friday January 2, 2015. A single non-pointscore fun pursuit race around the Solitary Islands off the Coffs Coast on January 5 replaces the previous four-part regatta.

Competitor feedback prompted the organising committee’s proactive response. “We understand lifestyles and work and family demands change and with the support of our partner Coffs Harbour Yacht Club we have tailored the event to better meet the needs of competitors,” RPAYC Commodore Ian Audsley said. “All our energy and resources will be put towards staging the best edition yet of the iconic ocean race from Pittwater to Coffs Harbour, and the post-race festivities.

The Royal Prince Alfred Yacht Club proudly announces the launch of the 2014 Harken International Youth Match Racing Regatta with its brand new event website.  Over the week of the 19 – 23 of November, 12 teams will compete for the prestigious Rockin’ Robin Trophy.

The Royal Prince Alfred Yacht Club is situated on the beautiful stretch of water named ‘Pittwater’, on Sydney's Northern Beaches. ‘The Alfreds’ as it’s known by locals and members, has a long and colourful history and is one of Australia's most successful and prestigious yacht clubs. The Club is approximately 40 minutes from the Sydney CBD and 50 minutes from the International airport.  The Club boasts one of the finest yachting histories in Australia with many Olympic medallists, Volvo Ocean Race sailors, America's Cup sailors and World & National Champions amongst its members.