It was a wet day for the 2014/15 Sailing Season Opening Day last Saturday at The Royal Prince Alfred Yacht Club, but a bit of rain wasn't going to dampen the spirits of the over 500 members and guests who celebrated the day at their beloved club. 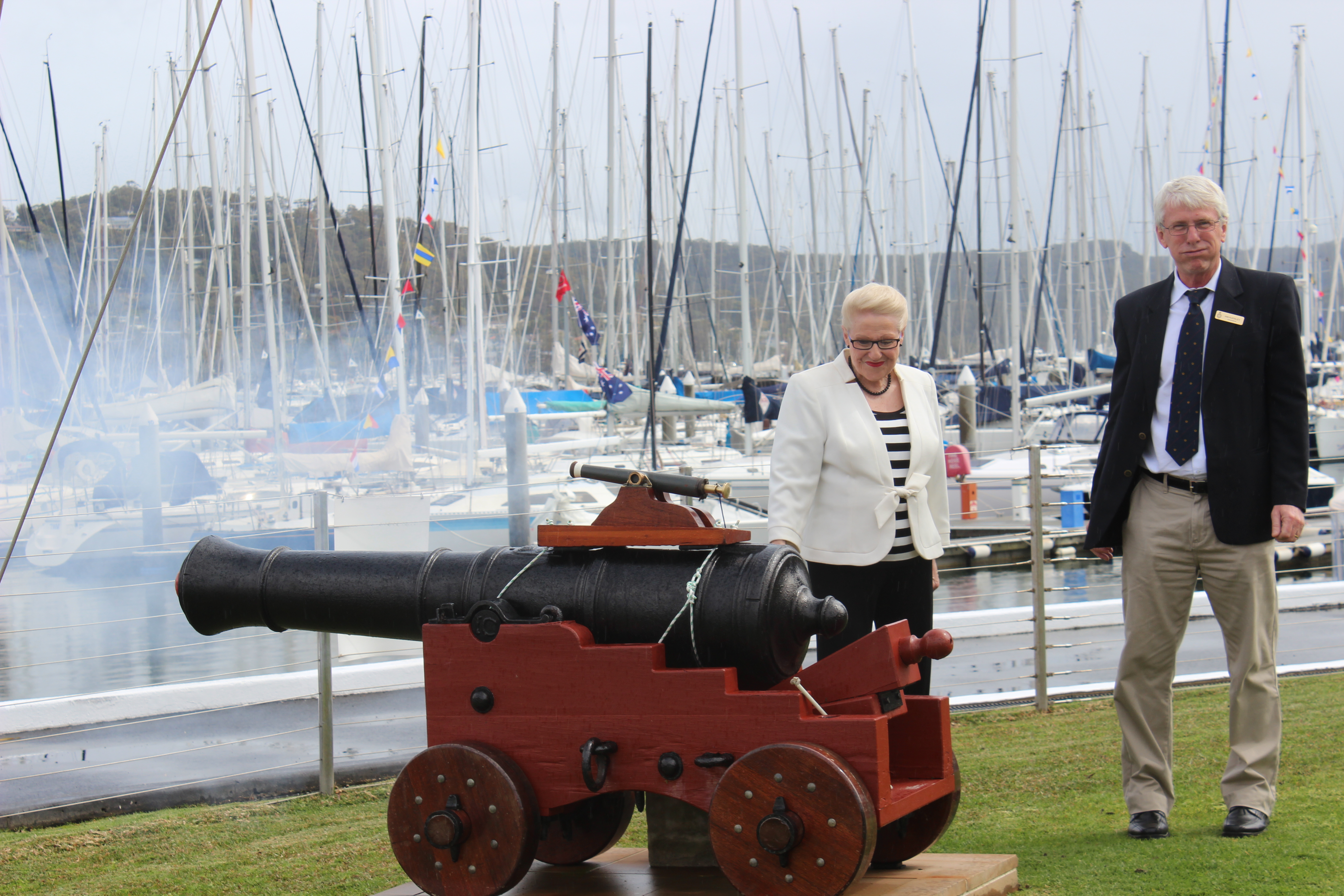 Commodore Ian Audsley reminded all present that they are "truly blessed to be here, in the best country in the world, looking out at the best part of the best country in the world and standing in front of one of the truly great yacht clubs in the world " and informed all present of what lays ahead in the coming sailing season including an inaugural week which will see over 500 sailors participating in the various activities. He went on to say that the season will only build from there as the club twilight racing begins next month along with over 500 children participating week in week out in the Schools and Junior and Youth sailing programs . The Speaker of the House and Federal Member for McKellar, the Honourable Bronwyn Bishop welcomed all and acknowledged the important place the club has in the community, particularly with respect to the support and integration those with disabilities. These comments were echoed by the Deputy Major Kylie Fergusson who also acknowledged the part the club plays in promoting healthy lifestyles for the local residents.

After the Commodore declared the Sailing Season Open, the Honourable Bronwyn Bishop fired the cannon and over 30 boats braved the weather for the traditional Sail Past and salute, many dressing up in an effort to win the best dressed crew and boat prizes. Then it was off and racing in the Pittwater Dash. All eight of the club's new training fleet of Elliott 7s were out on the water racing and crewed by those in the Club's highly regarded Youth Development program of which America's Cup winning skipper James (Jimmy) Spithill as well as Olympic Medallist Nina Curtis and other World Class sailors are graduates.

It was then back to the club house where staff braved the weather, the members dried out and all enjoyed a gourmet BBQ, live music and the day's presentation.

If this is how they do it in the wet, it looks like the Alfred's members are in for a great sailing season!

All boat owners and crew are invite to sail with the RPAYC, contact the Sailing Office 02 9998 3700 or visit te clubs websie for more details on the annual programs www.rpayc.com.au

The annual 'Pittwater Dash' was run following the Sail Past Parade in testing conditions for competitors and the race team, full results can be viewed here:

Meltemi in the Lagoon at Lord Howe Island dwarfed by Mt GowerIn late 2009 I had been for some time contemplating taking my nearly 3 year old catamaran, a Seawind...

Boatyard Summer Bookings, Work Berths & Tenant ServicesThe Club wishes to advise our members that your Boatyard is extremely busy and is currently booked out until mid November. If you...

The RPAYC will be represented at this year’s SheSails Open Regatta hosted by Newcastle Cruising Yacht Club and scheduled for November 28-29, by Nicole Butcher, Lisa Ratcliff and Lauren Crossman.Competitors...

Dear Members,I hope that you are all well.Thank you everyone for your patience over the last few months while construction has been occurring at the Club.You will be happy to...

The Club wishes to notify Members of maintenance and re-line marking that will take place, weather permitting, within the middle car park, top car park and Crystal Bay Hardstand. Middle &...

This week marks 20 years since the Opening Ceremony of the Sydney 2000 Olympic Games.RPAYC had a large representation of members who gave their time on the water both inshore &...

Only 6 weeks to go until the 2020-21 Women's Twilight! Racing kicks off on Tuesday 27th October and finishes Tuesday 16th March 2021, held fortnightly with only 1 male allowed...

Harken are proudly supporting the Centreboard 2020-2021 Summer Centreboard Season with kitting out all competitors with a Club Team Shirt & race vest.Please submit your order below by September 27.  ORDER...